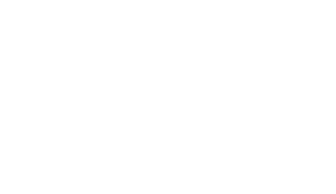 Grilled sepia, red snapper with crab bisque, picanha...changes are coming to Ayla, and they all taste fantastic

The menu at Ayla is getting a mouthwatering makeover. Feed your addiction to vibrant flavors that take you from the coast of Spain through the vibrant Greek tabernas to the markets of Marrakesh. Each dish is different from the next, yet they all contribute to the greater culinary story at Ayla this season.

Restaurant owner Roeland describes the Ayla experience as “if you put all these cultures together on a canvas with locally sourced ingredients that can still bring the flavors of the Mediterranean.” Combining cultures and flavors is part of Ayla’s “organized chaos,” but the flavors still manage to be perfectly curated. “With a nice glass of wine or a cocktail in this relaxed atmosphere, you don’t want a plate with 45 different things on it. You want a bite that makes you say ‘whoa!’”

A perfect example of a “whoa” dish is the octopus. “Everyone loves an octopus that’s crispy on the outside and soft on the inside. It’s a technical process that is so satisfying. The end result though is super simple – only two ingredients on the plate.”

The Pulpo at Ayla is served with a Moroccan-spiced hollandaise sauce, a foreign yet familiar flavor that accompanies the octopus. While simple in presentation, it is not nearly as easy in preparation. Watch the video to learn more about how chef Vincenzo prepares octopus:

One of the new menu’s rising stars is the sepia with pea cream. “We tried it at a BBQ event,” chef Jorrit says, “and people just loved it and said that this is something we should really put on the menu.”

“Sepia is a dish you remember from vacation,” says Roeland. “It has Mediterranean summer vibes, but is combined with a pea cream. A super simple dish, but the greatness is in the way it’s prepared: grilled in the josper oven.”

Sepia is a cuttlefish, and its ink is commonly used in pasta and risotto. Jorrit has plans for a dish soon: “What I’m working on right now but is still ‘under construction’ is a seafood risotto with black ink from sepia. People know risotto, and people tend to choose it as a safer option, but it will be risotto with a twist.”

In the meantime, the grilled sepia is not to be missed. Marinated in olive oil with herbs and cooked in the josper, it is a perfectly light yet flavorful dish, inspired by Mediterranean flavors and the insane heat wave rolling through this summer. For anyone who is hesitant to try new things, this sepia may be how to dip your toe into unknown waters.

Another dish the kitchen recommends to newly adventurous eaters is the red snapper in crab bisque. “We’ve had it for two days on the menu, and we’ve sold multiple. It’s going to be a hit,” says Jorrit.

This dish is not about the fish, but rather the jus. Chef Simona has had this recipe for a crab jus marinating in the back of her mind. She wanted to add something more to make it not just a main dish, but a dish that can be shared. The team came up with red snapper, and she chose the pickled beet as a garnish. “The beet was a forgotten vegetable, but now it’s cool again. It adds a grounded earthiness to the dish.”

She folds each individual beet slice into a flower and nestles it into the bisque against the red snapper. Her fingertips become stained with the beet juice the way a henna artist’s hands become tinted with her medium. She clearly loves her craft, creating each plate like an intimate present made just for you.

And this dish is certainly a gift. The sweet-tart crunch of the beets compliments the intense flavor of the crab jus. The red snapper heartily holds its own against the bisque, but happily allows itself to be enveloped by the soup. Its colors and its flavors are like a sweet farewell to summer while embracing the coming fall season.

Another dish that is a must-try is the picanha. “The visual, the combination, the simplicity – it only contains three things,” says Simona. The steak is marinated for five days in a smoked olive oil, slow-cooked, then served with a roasted red pepper and lime oil, topped with a sprinkle of salt flakes.

This dish is the epitome of chasing the gastronomic dragon.

Your first bite will be unlike the rest, and while you still enjoy the rest of the dish, you will reminisce about the first bite you took. It is, indeed, simple in presentation, but the combination of spices with the red pepper and oil tell a much deeper story. When you bring your friends and family back to Ayla, you will recommend this dish – it’s not a command, it’s a promise.

Is your mouth watering? Make a reservation now to try all these dishes and more! Or let us know if you can make it to our Fall Opening event for the new menu on September 21!

OYSTERS TO GO: THIS FRIDAY!